Malignant tumors are the second most frequent cause of death in humans, and are the most frequent in dogs. There are several types of this multicausal disease. Congenital and hereditary genetic predispositions, as well as environmental factors which cause genetic malformations tend to play role initsoccurrence.  In our environment (in the water, in the air, in our food) there are more and more toxic agents, meanwhile dogs’ life-expectance is much longer, so diseases typical of civilized humans  and of old-age have time to develop also in the canine.

In humans more often,  in dogs rarely tumors of the bone are metastases. In such cases the primary tumor originates from the breasts, lungs, prostate gland, or less typically in other organs. Metastasis form at the same time in the skeletal system and they are similar in size, usually small (multiplex bone metastasis). There also exist aggressively growing, bone- assimilating soft tissue tumors that are located very close to the bone, however, these should be distinguished from bone-originated tumors, since these are treated differently and have a much better prognosis.

In dogs primary bone tumors give 3-5 % of all malignant tumors. They occur often in large and giant breeds, most typically in the heaviest representatives of their breeds between the ages of 5-7 and later. The occurrence of the disease is significantly more frequent (1,5-3x) in male ones than in bitches.

Primary bone tumors are unfortunately rarely benign (osteoma, fibroma, chondroma, etc.). In 90 % of the cases bone tumors are malignant osteosarcoma, fibrosarcoma, or mixed type. Histologic analysis most frequently shows a type of classical osteosarcoma (osteosarcoma with osteoblasts). The canine osteosarcoma has many similarities with the human disease. Moreover, the osteosarcomas of dogs spontaneously modelhuman bone cancer in a diagnostic and therapeutic way. This fact means that dogs can benefit from human oncological developments, since the most modern (and the most expensive) diagnostic and therapeutic innovations can also be made available for veterinaries and their patients.

Bone cancer starts growing insidiously, without symptoms: in the early stages the affected bone does not hurt.A visible and palpable bone-hard swelling can only be detected in the later stages and only in areas where a thin layer of soft tissue is covering the diseased bone. By this time the patient feels pain, which can be provoked in the affected area.

Malignant primary bone tumors (like for example an osteosarcoma) are often detected too late, when cancerous cells had already damaged nearby soft and bone tissue and had invaded lymphatic veins thus giving rise to lymph-node metastases as well as farther metastasis through the bloodstream.Bone tumors give metastases most frequently into the lungs, the liver, into far-off areas of the skeletal system, in the latest stages of the disease also into the cranial cavity.

Primary bone cancer characteristically occurs in the proximal end of the forelimb bone close to the shoulder-joint, in the hindlimb next to the knee-joint, near the tarsus, in the chin bone, in the jaw-bone- but primary bone cancer can affect any bone in the skeletal system. A diseased bone can carry less weight than a healthy one, thus so-called pathological fractures may occur (especially when heavy pain-killers are used). Bone cancer sometimes develops when metal implants are not removed for years.

Bone cancer is usually discovered when a visible, palpable lump appears, pain and lameness is reported. The diagnosis of a bone tumor can only be set up or discarded through a detailed veterinary checkup.Anamnesis (the animal’s data, circumstances of its keeping, the discovery of the symptoms, any change in the symptoms), physical examination (fever, size of the lump… ) is necessary in every case. Besides, laboratory parameters (hematologic and biochemical) are an important diagnostic help in assessing the patient’s general health and predict how the animal will take further treatment (f it can be operated on, anesthetized, can take chemotherapy) and to detect any additional diseases.

In the absence of these tests diagnosis cannot be certain, malignant primary bone cancer cannot be securely differentiated fromchronic bone marrow inflammation and non-cancerous bone tumors. Furthermore, the staging of the disease (which is essential for the cure and the prognosis) cannot be executed.

Today it is not unusual to make a whole-body 18FDG PET/CT or SPECT/CT scan in order to set up an exact diagnosis in dogs with a suspected bone cancer. The list of examinations might seem long and time consuming, however, in a well-equipped specialized center all of these tests can be executed and the diagnosis can be set up within a day or within short time.

The therapy of bone tumors

An exact diagnosis with staging of the tumor reveals exactly the patient’s future options, the prognosis and what the veterinary should do. Benign bone tumors and early stages of malignant tumors (in rare cases, when there are not yet any local or far-off metastases formed) a radical operation (amputation or radical excision with bone grafts) can bring full recovery. If there is no possibility for a sensitive whole-body or 3D (PET/CT, SPECT/CT) scan, then a radical surgery combined with a “just to be sure”palliative chemotherapy (cisplatin or carboplatin and doxorubicin) is the so-called “golden standard”, the therapy  which holds out a promise for the best recovery. With this protocol,l in a fortunate case, which is sadly very rare, perfect recovery or at least the slowing down of the disease can be reached. The same chance stands if we choose radiotherapy and combined chemotherapy for curing a primary bone tumor. Radiotherapy can be an outer, local, fraction radiation therapy ( with60Cobalttherapy, or a linear accelerator)or an inner method with radioactive medicine (153Samarium-, 177Lutetium EDTMP, 186,188Rhenium HEDP). These radioactive medicines are also effective against any metastases, if detected or not.

Besides these listed curative methods, palliative therapy, like relieving pain, nausea, treating infections is needed, and also immune-stimulation, vitamins or minerals are needed. In Hungary and in Europe there are dozens of products in the market of food-supplements which can be used with consent of the treating veterinary in bone-cancer patients.

In expensive animals kept for reproduction,systemic chemotherapy cannot be used, radiotherapy is only used locally, and any additional and palliate therapy should be prescribed with caution.Moreover, in early stages of the disease andbefore therapy begins, it is possible tocollect reproductive cells for cryopreservation to preserve the reproductive quality of the patient. 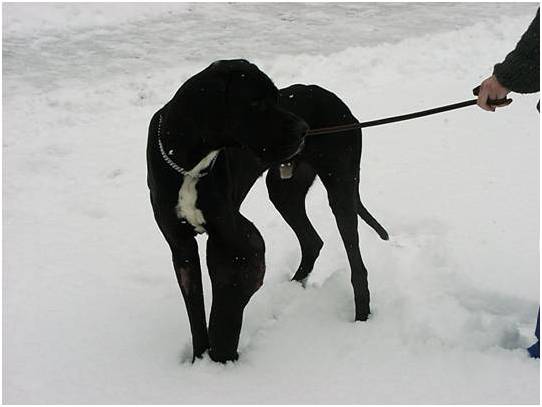 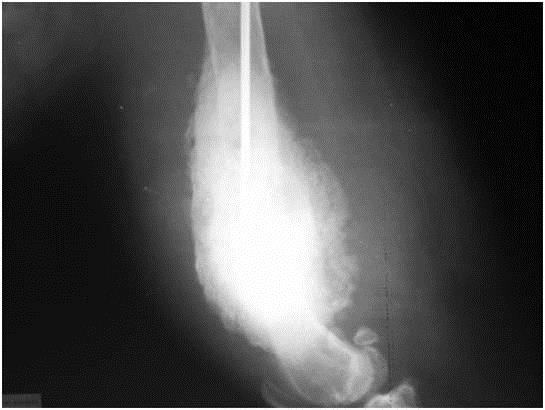 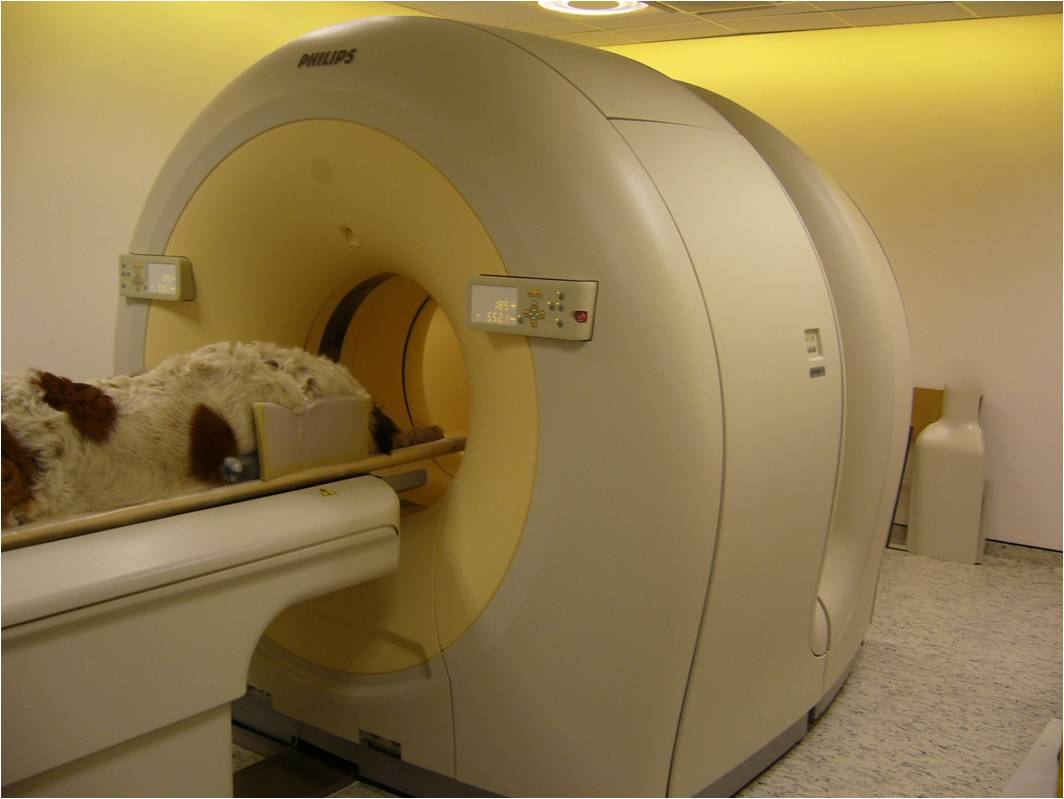 4. a.,b., és c képek: With 3D whole body imaging stadium based diagnosis could be reached. In CT- (a.), PET- (b.) and fusion PET/CT (c.) scans small metastases will be also detected  and a more available therapy could be offered. 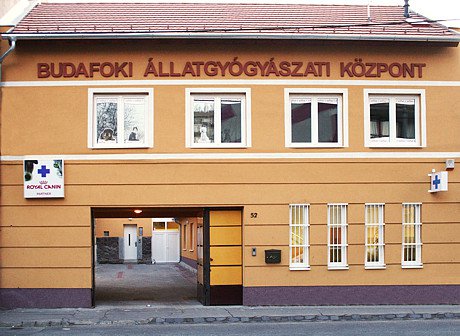